Loudon Sainthill was an Australian artist and stage and costume designer.

Born in Hobart, Tasmania in 1918, Sainthill grew up in Melbourne. By his early twenties he'd exhibted his paintings in gallery shows and was working professionally in Australia.

Learning and working in Australia in that era made him appear as a bit of an outlier in the art world. His work bore many influences and influenced others in turn. His artistic style continued to blend the fantastic and whimsical with a degree of melancholy and dream-like elements.

Post-WW2, Sainthill worked predominantly in the United Kingdom, designing for numerous stage productions and film. He died in 1969.

For more info: - A Loudon Sainthill bio, available at The Day Gallery.

Photos below feature Sainthill's set and costume designs for a RSC production of William Shakespeare's 'The Tempest', directed by Michael Benthall at The Shakespeare Memorial Theatre, 1951 & 1952
The photos were found at: 'Shakespeare, Decolonisation, and the Cold War', a 2017 PhD thesis by James LeeTaylor, available as a  pdf at The Open University 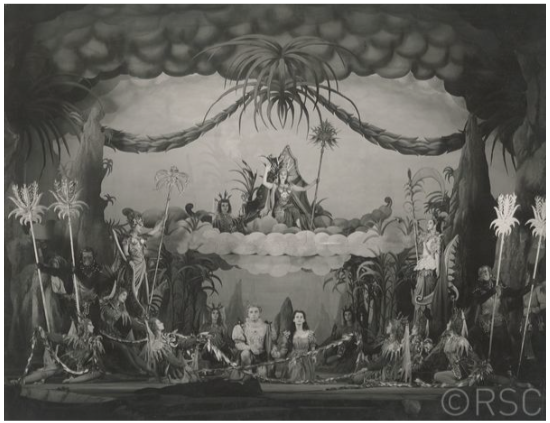 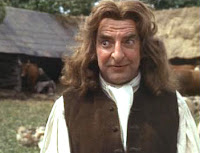 Hugh Griffith was also a memorable character actor in many films, such as 'Tom Jones' from 1963. (photo at right) 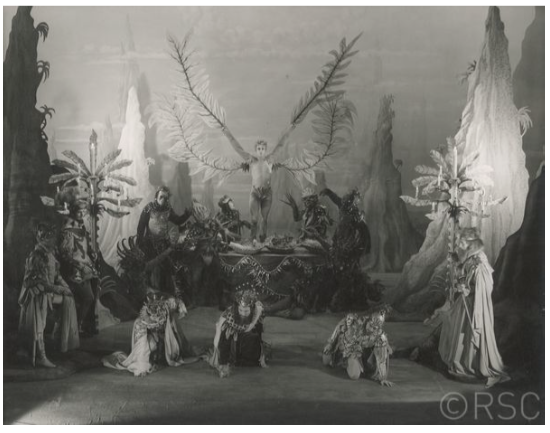